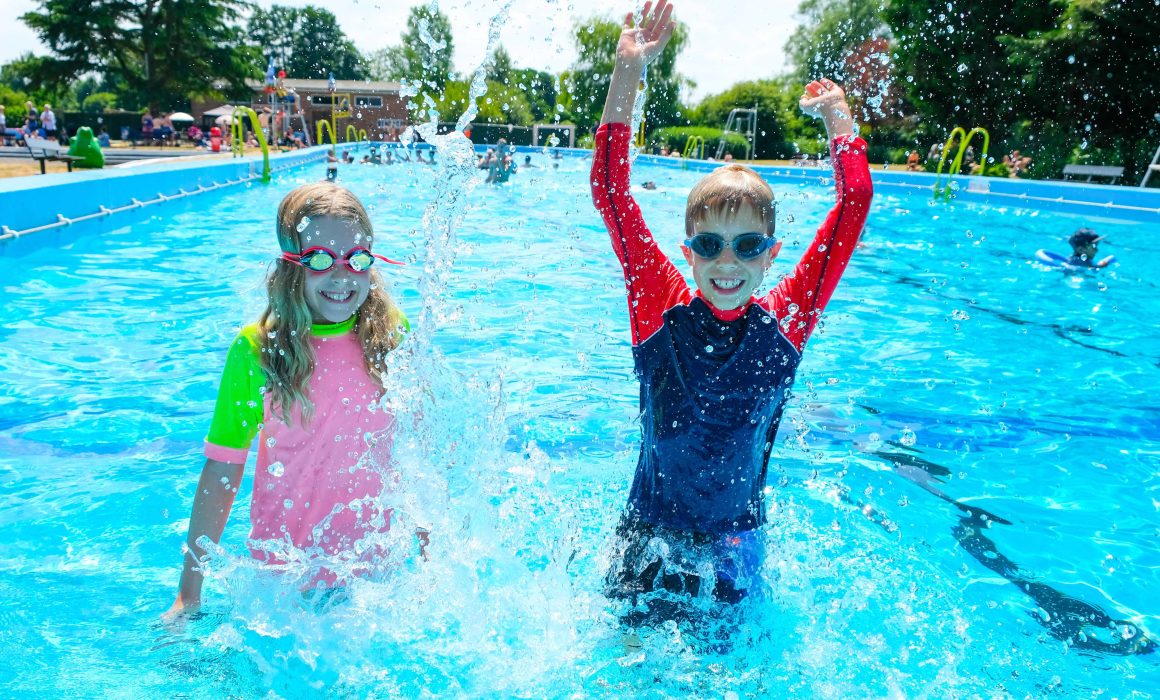 Alliance Leisure has been given the go-ahead by West Berkshire Council to start work on the redevelopment of the Lido at Northcroft Leisure Centre in Newbury.

The £5 million proposal was given the thumbs up following extensive consultation with local people on how they would like to see their Lido developed and updated. Without this investment, the lido would have been at risk of closure as it needs important structural work.

Residents favoured the creation of a new 50 metre Olympic sized pool, which will now be developed alongside additional interactive water play features for children and young people.

The investment is projected to increase usage from the current levels of 15 to 20,000 visits per annum to over 50,000 across the six-month opening period.

An outdoor pool has existed on the site since 1870. In 1914, it was extended and then in 1937 it was completely rebuilt, at which point, the 72-metre pool was thought to be the largest pool in the south of England.

The Lido is steeped in history and has provided happy memories for many generations of local residents. It is an integral part of our landscape and through this £5 million investment we intend to ensure it remains so for many years to come. 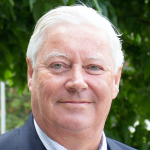 Unfortunately, unlike more modern pools, the Newbury Lido is affected by ground water levels, which, over the years has undermined the integrity of the structure and requires constant maintenance. To be able to inspect the pool and carry out any maintenance, the pool must be emptied, a procedure which can only be carried out when ground water levels are low. In past years this has meant the opening date for the summer season has been decided by the water table level, often meaning a reduced operating season.

The £5 million investment by West Berkshire Council will include the introduction of an underground tank to control pool water levels. The length of the main pool will be reduced from 72 metres to 50 metres and the pool depth will be reduced from a maximum of 2.8 metres to a consistent 1.5metres, lowering the pressure on the structure and easing maintenance demands. These changes will ensure that people can enjoy an extended opening season from Easter through to Autumn.

The investment will support an increase in annual visitors from 20,000 to 50,000, creating a sustainable future for one of the UK’s oldest and most loved outdoor pools.

In addition to these structural improvements and the redesigned 50 metre pool, there  will be a number of new facilities including a splash pad and toddler pool, beach hut style changing rooms, lockers, a sun terrace and a relaxation area with excellent accessibility throughout.

Works began in May 2022 and are due to complete in the summer of 2023. Unfortunately, this means the Lido will be closed for the 2022 season. 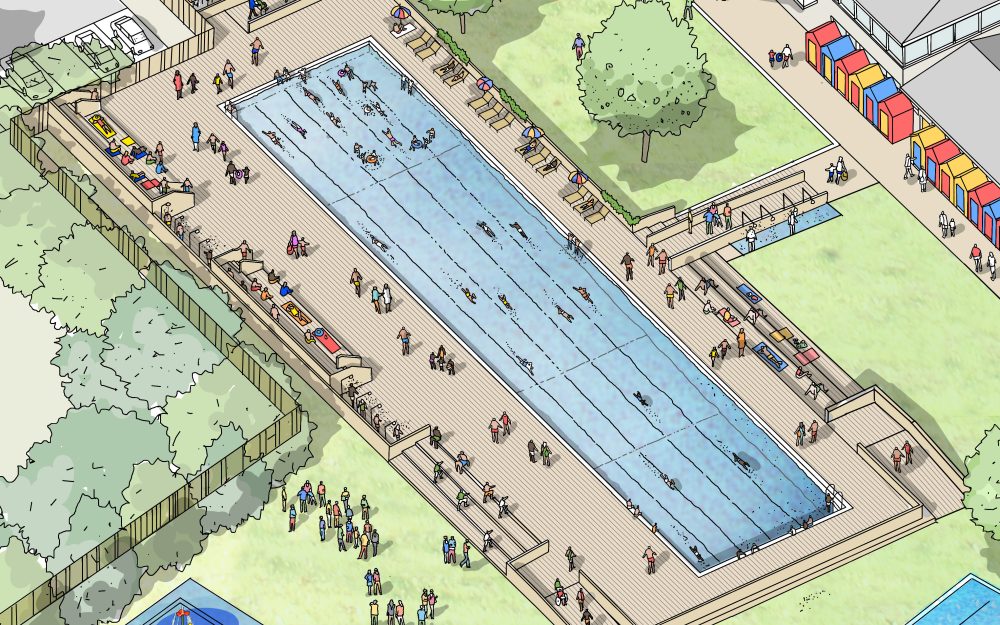 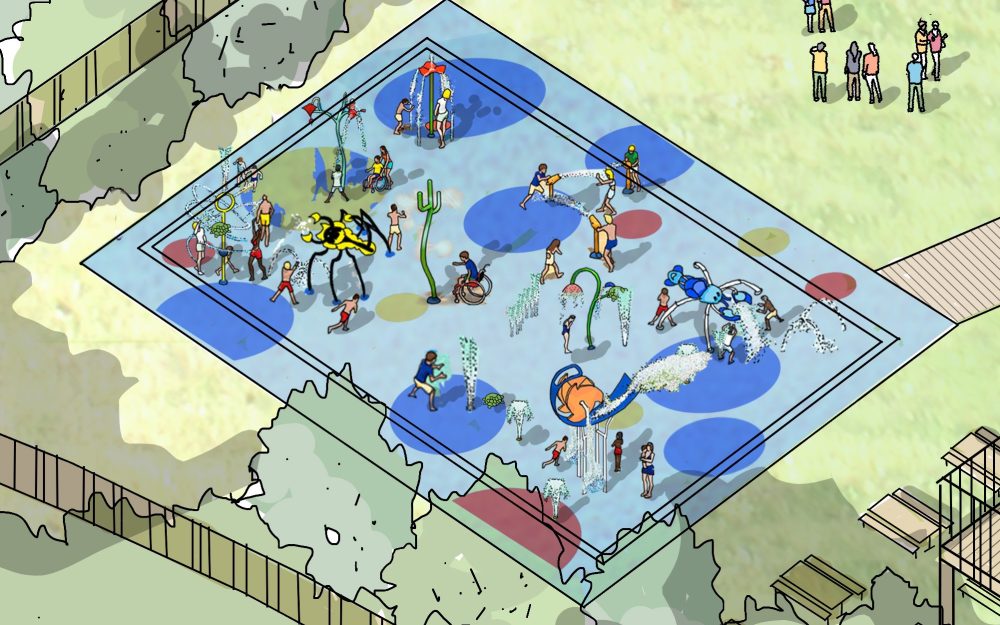